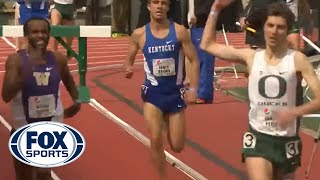 Your parent pick-up time is all wrong. Here's why.

If you have ever played a sport, you've probably heard your coach say something to the effect of, "Push hard until the very end," or "Don't quit until the game is over." Somehow University of Oregon runner, Tanguy Pepiot, missed the memo. In the final meters of the men's steeplechase, Tanguy let off of the gas and began celebrating his win. There was only one problem. As Tanguy waved his arm in the air, urging the crowd to cheer on his victory, Washington's runner, Meron S
516 views0 comments
bottom of page